Bowman ’73 Doctors from the Heart 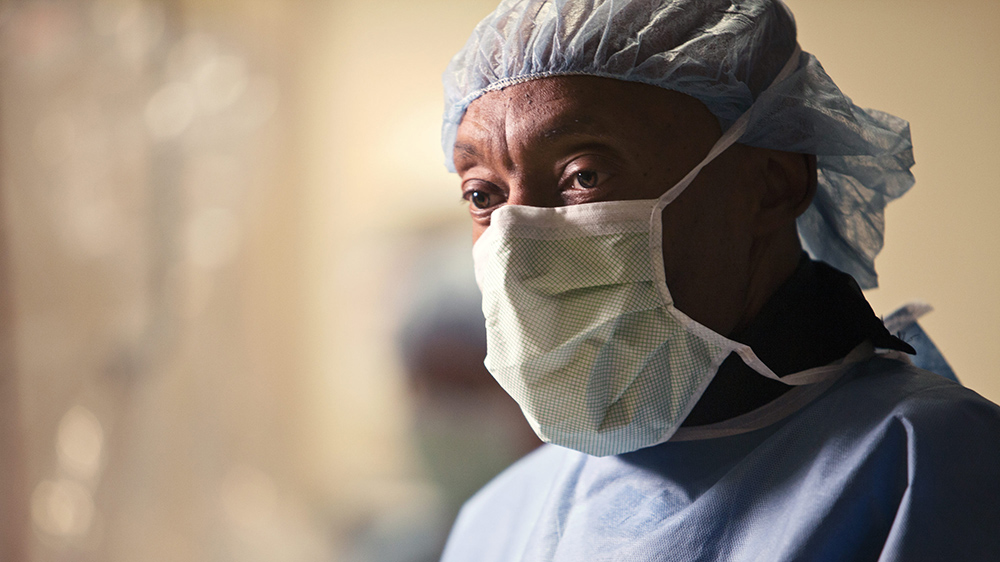 Every day when he arrives to work, Mac Bowman ’73, M.D., is “excited by the possibilities.” His enthusiasm for his life’s calling is just as strong now as it was when he began practicing medicine. Bowman considers himself rich – not in economic terms, but in the intangible gifts he has been given. His “greatest blessing is to share with others through service,” he said. Bowman has given back to VMI as a regular donor, and by serving on both the Board of Visitors, from 1996-2000 and the Keydet Club’s Board of Governors from 1992-95. Bowman said he made some of “the best friends” of his life at the Institute and received tremendous support from older alumni who had graduated during the 1930s and 1940s. These men impressed Bowman with their dedication to VMI and gave him “an appreciation of what a great school it is.”

Augusta, Georgia – where Bowman has been practicing since 1986 – has benefited immeasurably from his service mindset. He subscribes to the old adage, “An ounce of prevention is worth a pound of cure,” and began working to implement a program to reduce the risks of strokes and heart attacks. He focused on educating people with the objective of stopping cardiac events before they became extreme. Even though modern technology allows many cardiac patients to “regain normalcy” by using rehabilitation programs, avoiding cardiac events in the first place is better for everyone, Bowman said. Prevention is less expensive for insurance and health care providers. Potential patients can avoid the partial or total disruption of their daily lives – the results of strokes and heart attacks – by learning to change simple things like diet and exercise. Bowman pressed on toward his target of prevention, and eventually an entire department was added to University Hospital: The Heart Attack and Stroke Prevention Center.

“It was his idea, his drive to try to prevent strokes and heart attacks that started [HASP],” said James Davis, president and chief executive officer of University Hospital. HASP offers comprehensive prevention services, including coronary artery imaging, genetic testing and advanced cholesterol testing. The vascular imaging services offered at HASP have an accreditation held by fewer than 2 percent of U.S. vascular laboratories. The center can test people whose family members have been diagnosed with cardiovascular diseases or who already have known risk factors, like high blood pressure or diabetes. Augmenting HASP, Bowman began a community outreach with a mobile screening unit called the “Heart Cart.”

“One of the things Doctor Bowman is expert at is seeing a need, and meeting a need,” said Laurie Ott, president of the University Health Care Foundation. “He’s very passionate about making sure we can get out into the community and screen those folks who otherwise wouldn’t make the time to see us, or for whatever reason can’t come to us.”

The Heart Cart began by providing free screening and education to first responders. Next, Bowman’s team began working with area schools to provide free heart screenings to local student athletes. The Heart Cart team diagnosed multiple issues after screening the student athletes, including severe diabetes, heart problems, high blood pressure and elevated cholesterol levels. HASP and the Heart Cart touch more than 8,000 lives annually in Augusta’s three-county region. One family even credits Bowman with saving their daughter’s life through a diagnosis made during a Heart Cart screening, Ott said. The sophisticated services advocated for and provided by Bowman and the HASP staff are cutting edge, but the way the services are provided show Bowman’s character. He is widely known as a humble, caring man, who gives the same careful attention to everyone, regardless of economic or social status.

“What he has shown me and this whole medical staff is that greatness is not about being a doctor or who you are or what kind of car you drive,” Randy Cooper, M.D., University Hospital’s chief of surgery said. “It’s about serving people.”

Bowman was named a Hospital Hero by the Georgia Hospital Association in 2016. The awards are presented annually to people who have “tirelessly given of their time, talent and expertise to improve their organizations and the world around them,” according to the GHA website.

Bowman maintains a busy schedule, seeing patients daily at University Hospital and selflessly spending many evenings and weekends educating people about cardiac disease, prevention and treatment. Balancing a jam-packed life is something Bowman, who came to VMI on a football scholarship, has been doing since his cadet days. VMI taught him to prioritize by balancing a “tremendously hectic” schedule – the combination of VMI’s military requirements, football practice and academic studies – and to “do it every day.”

Bowman took his Institute-taught organizational skills plus his considerable academic prowess to the Medical College of Georgia. At the time, MCG, like VMI, had only been admitting African-American students for a few years. “It was socially traumatic,” Bowman recalled. Although there were not protests, he did not have the same level of support offered to other students in an incredibly challenging academic environment. Despite the challenges facing him at MCG, Bowman refused to allow his context to define his outlook. Instead, he said, “You face challenges [and] you adapt. You don’t whine; you just do what you need to do.”

Throughout his life, Bowman’s mother taught him to always look for a positive alternative. Divine intervention, shaped by “culture and social norms of the time” molded his path to becoming a physician, Bowman said. He’s been practicing medicine for more than four decades, but was not born in a hospital. A midwife attended Bowman’s birth in a relative’s house, located on the land of a former plantation.

“I did not see a doctor until I was 7 years old,” Bowman said. One day in second grade, Bowman wanted to play horseshoes with older children. As is the way with children, the older ones refused to let the younger Bowman into their game. Bowman, whose young heart was full of mischief, ran back and forth through the game as horseshoes were thrown.

“A horseshoe hit me right under the eye,” Bowman recalled. “I saw blood all over everywhere.”

The school called Bowman’s mother. Due to segregation, Bowman could not attend school in his hometown nor could he be seen by a doctor nearby. Waiting for his mother to retrieve him from school, plus travel time to a doctor’s office added to the young Bowman’s anxiety. At the doctor’s office, his nervousness mounted as he and his mother used the separate entrance dictated for them. His encounter with the doctor would not only ease his nerves, but set his life on a trajectory he is still following. The doctor “made me feel very comfortable, very unafraid. [He] was very kind,” Bowman recalled. “I told my mom that day … ‘that’s what I want to be when I grow up. I want to do what he does.’”

His mother did not point out the obvious strikes against Bowman: His economic status and ethnicity combined with the culture of 1950s southern Georgia.

From that point on “it was galvanized in my mind,” Bowman said. In every school assignment, he wrote about becoming a doctor. His focus on his future profession wavered only once, during his junior year at VMI. Following his success on the college gridiron, NFL scouts began courting Bowman with serious offers. He called his mother and was floored when, after informing her that he would be delaying medical school in favor of playing with the Green Bay Packers, she admonished him.

“‘You’re going to do what?’” he remembers her scolding him. “‘Why would you put off something you wanted to do all your life, to do something where you could get hurt and it’s all over in a minute?’”

Bowman ignored his mother’s caution, figuring she would come around when she saw him playing in the NFL, but “God had another plan,” he related. He was playing in an important scrimmage, with scouts milling around. The coaches called his favorite play, and thoughts of showcasing his talents for the scouts filled Bowman’s mind. “The next thing I know, I’m writhing in pain on the ground. When I looked at the films, nobody had touched me at all; I’d stepped in a little gopher hole.”

After his injury the scouts vanished, but Bowman took time to reflect and “recommitted” to his goal of becoming a physician, even turning down further offers to play football after VMI. Bowman felt it was God’s way of telling him that the world had a plenty of good running backs, but – for him – there was a different purpose.

After graduating from VMI with a Bachelor of Arts degree in English, Bowman attended MCG on an Army scholarship. He earned a Doctor of Medicine degree from MCG, followed by nine years serving as an Army physician. In 1986, Bowman settled his young family in Augusta and soon began to work at University Hospital. He remains committed and enthusiastic about his life’s calling – treating, helping and educating people. From medical to emotional support “God always gives me something to take into a patient’s room … I know every day I set foot in this hospital, I’ll have a chance to make a difference in somebody’s life,” he said.